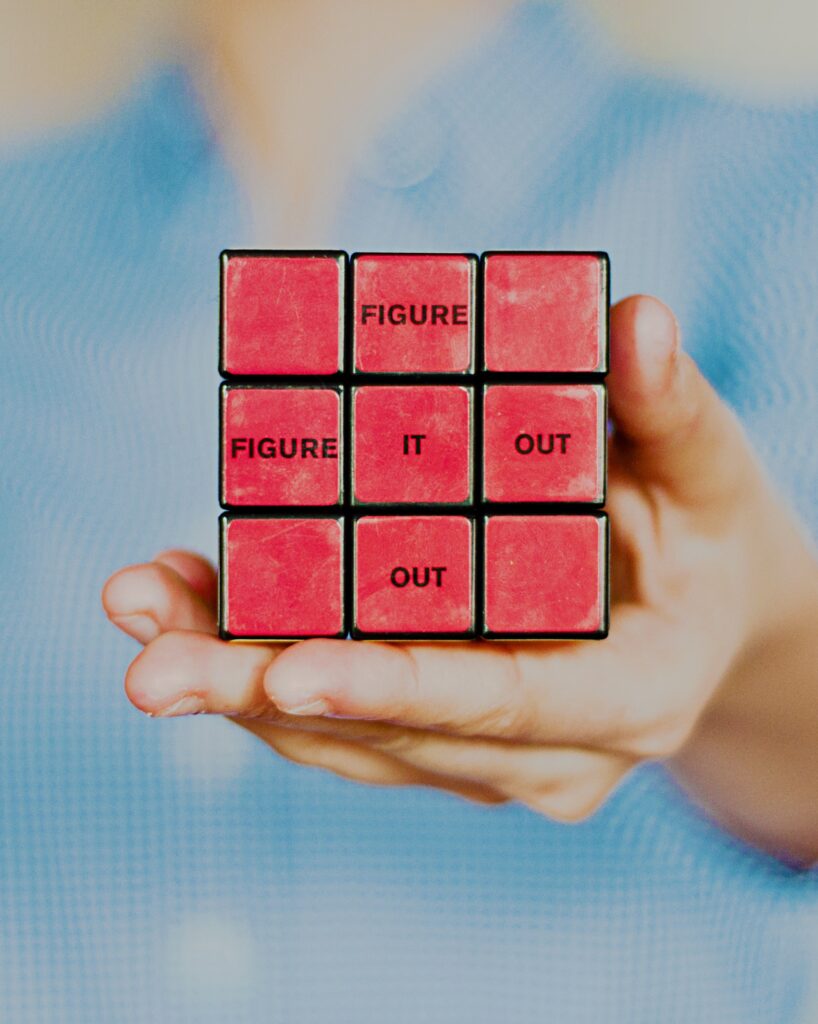 The project manager (PM)’s role varies depending on the organization’s structure, but generally, the PM is responsible for achieving the objectives of a project, noting that “a project is a temporary endeavor undertaken to create a unique product, service, or result”. Chapter 3 of the PMBOK® Guide goes into more detail about the role of a project manager. I will go over some theory, but I am more excited to explain some of the experiences I have had.

Outside of the five domains, the PM may be involved in pre-sales involving business analysts, experience designers, and architects in addition to post-delivery support or other strategy tied to delivering projects. As another example, a PMO may have project managers that are involved in reviewing and providing consulting for different projects in the organization at various stages, and they could also be involved in assessing the organization in general to enhance its performance. It depends on the organization and the value a PM can provide outside of a five-domains project setting.

Who is not the project manager?

It must have been a discrete math course I took in college that helped me better understand the value of this concept, but we can know what “A” is by knowing what “not A” is. There can be other managers within the organization, and understanding them might help to understand a project manager a bit better. One often referred to in PMP® training materials is the functional manager (FM). The FM manages a business unit. They may have individuals within business units that are lent out to projects and could have some budgetary discretion that impacts projects, but in that specific role, they are not known for managing projects. Then there might be an operations manager. If a project is temporary, an operation is intended to be ongoing. Operations managers ensure that business operations run smoothly – it might be that the project manager has been responsible for the creation of a product that is then used and possibly maintained by that operations manager.

In one project, I was the project manager for a product-service used by hundreds of external customers. I say product-service because while the customers used a web interface for placing product orders, that product had to be put together in the form of an operations team gathering internally and externally sourced data, packaging that data into reports, and finally delivering them to the customer. That operations team would be run by an operations manager, but I was the project manager involved in improving that software. I interacted with various other managers as well, including the software’s product manager and sales managers.

The master supervisor and coordinator within the project

The project manager is involved in the management or execution of all of the project management processes depending on the stage of the project. Overall, they are delivering the project according to the agreed scope, schedule, and cost (alongside the other knowledge area components) with the aim of meeting the stakeholders’ needs according to critical success factors. They may be supported by various project coordinators along the way, depending on the size of the project. These coordinators will help to execute various aspects of the overall project’s processes, where the PM will oversee and ensure that all of these moving parts are working smoothly. As will be covered in the Initiation stage of the project, project managers Develop the Project Charter and Identify Stakeholders, though they may do this in assistance with other team members such as business analysts.

Juggling the various people, processes, and technology involves balancing a diverse set of competing interests, and this means managing the expectations of many different individuals. I wouldn’t want to trip up while performing my act, but a leader knows that when working within scarcity, priorities must be set. They might have to set down one of their juggling props during parts of the act to deliver a standout performance. Once priorities are set, the PM should manage every stakeholder’s expectations as to what those priorities are and minimize any risks or conflicts. More than ever, this post I wrote in 2013 makes more sense – although we’re still figuring out how to achieve global consensus, it is more possible at local levels, or in this case, the project level. A well-managed project can have the appropriate accountability, governance, and transparency to achieve consensus. Before I go on a tangent and talk about democracy (which I do enjoy discussing!), let’s get back to juggling.

As the master coordinator, the PM must be an excellent communicator making use of their soft skills to ensure the project’s goals are met and that value is delivered in the process. This involves managing various activities, the synchronization of people to align on variable-term objectives, and the execution of tasks towards achieving the goals. According to the Guide, PMs spend up to 90% of their time communicating, and I would have to agree. Before studying the Guide, I had a more conservative prediction that it’s about 75% of their time. The standard’s 90% validates what I have generally considered as the truth: communication is critical to getting any job done let alone achieving any real outcomes in any initiative. Whether it is a successful friendship, relationship, trading partnership, or anything that requires good reciprocity, including a project, communication makes it possible.

Even outside of the project, the PM may have to engage in higher-level meetings in which they are not the key manager. For example, a program manager (PgM) may run the program in which the PM is just one of many project managers involved in the program. In this case, the PM may be engaged in discussions ensuring their project’s needs can be met through securing and sustaining people, budget, and other resources they need to get their project done. They will also be involved in clarifying or reporting that their project is in alignment with what is occurring within the program or above to the portfolio or organization level. The communicating never ends, and while I believe communication is positive, it can be quite the drain especially if the patterns are not optimized. “I was just in four back-to-back meetings… what did I sign up for?” Project management, possibly.

How I coordinated: an anecdote

Where I have acted as the PM within a strong matrix organization, it’s certainly the case that while I had to juggle the complexities of activities and people within the project, I had to do that while ensuring my higher-ups were happy with the progress of the project. It’s one thing to lead my immediate team in understanding the scope of what they have to work on (typically delegated to a business analyst) and ensure it’s developed according to the relevant testing strategy before the work is made live. It’s another to deal with the plethora of other competing objectives involved when doing the work.

Scope as a Competing Constraint

The product owner (PO) might want certain features to be delivered even if the execution methodology would not allow us to be that efficient. I may have to consider whether to overutilize resources, which could make the team upset about not having a reliable work-life balance. In some cases, I would have to consider whether to justify slower delivery even if in some cases the resources may have made mistakes. In other words, there were so many ways to lose, but I was responsible for balancing all of this and deciding what would happen next. Trying to solve this problem is all part of the fun!

Resources as a Competing Constraint

Technology as a Competing Constraint

The technology and architecture leadership may indicate that the corporation is switching to a new framework that must be adhered to within six months to comply with the agreed IT security policy, but this would cause a major increase in the workload which would certainly cause feature delays. It is possible I could use this information to try to retain the team I thought I was going to have to reduce, and if I am lucky, I could secure an additional team member to help streamline some of the product feature delivery, too!

Risk as a Competing Constraint

I had to take all of this into account, and in situations where risks shift towards one area or another, I have had to keep my eyes and coordination more in that area if the risks were not already managed by or transferred to someone else outside of the project team.

Part of the trick in being a project manager is not only juggling but in getting it all done while running across a tight rope. If I have set up a decent foundation, there will be a large mat on the ground to catch us when we fall in the form of highly supportive team members and supervisors.

Negotiations: Figuring out whether we can get to a win-win

In numerous projects, especially the ones that had multiple product owners, I would have to get in the middle of a prioritization battle to determine whose feature was more important to deliver on time. That battle can be won by getting creative and figuring out how to give both of them what they want without sacrificing the product’s quality, but that can’t always happen. There might be stakeholders who are not at the same level, and that can be difficult as well.

The business stakeholders might want to drive value out of the product and its use by customers, but the operations stakeholders might be suffering because of issues with the product such that throwing more people at it might not stop the flood. Or the program manager just wants to deliver the project on time with as much baseline quality as we can deliver, but the product owner will be disappointed if certain enhancements can’t be delivered despite being forecasted for delivery on the product roadmap.

Beyond communicating with the stakeholders to ensure everyone would be in alignment, I made sure that any action I would take would create value not just for the client’s business but also for my higher-ups. The projects or products I worked on would affect company reputations. In one project, I knew that my success on it would lead to further income streams for the account, so I put in an inordinate amount of effort that was not planned in the budget. I did this beyond my role as just simply a PM, taking it further as a driver of business and sales credibility. I loved every minute of it even during the tougher times!

I have a few more stories to tell, covering product vision, the differences between leadership and management, and influence.

I have seen variants of these questions around, and I have created my own variants. They are by no means exactly the ones that will pop up on an exam.

What is the leadership style when the leader is hands-off?

My hint is that it’s mostly related to unfettered capitalism as expressed by Adam Smith (the answer is here).

For other mock questions, read more posts from this tag. To learn more about my stories and my experiences as a project manager, get in touch. I have scratched only the surface in this post (and in the next one).